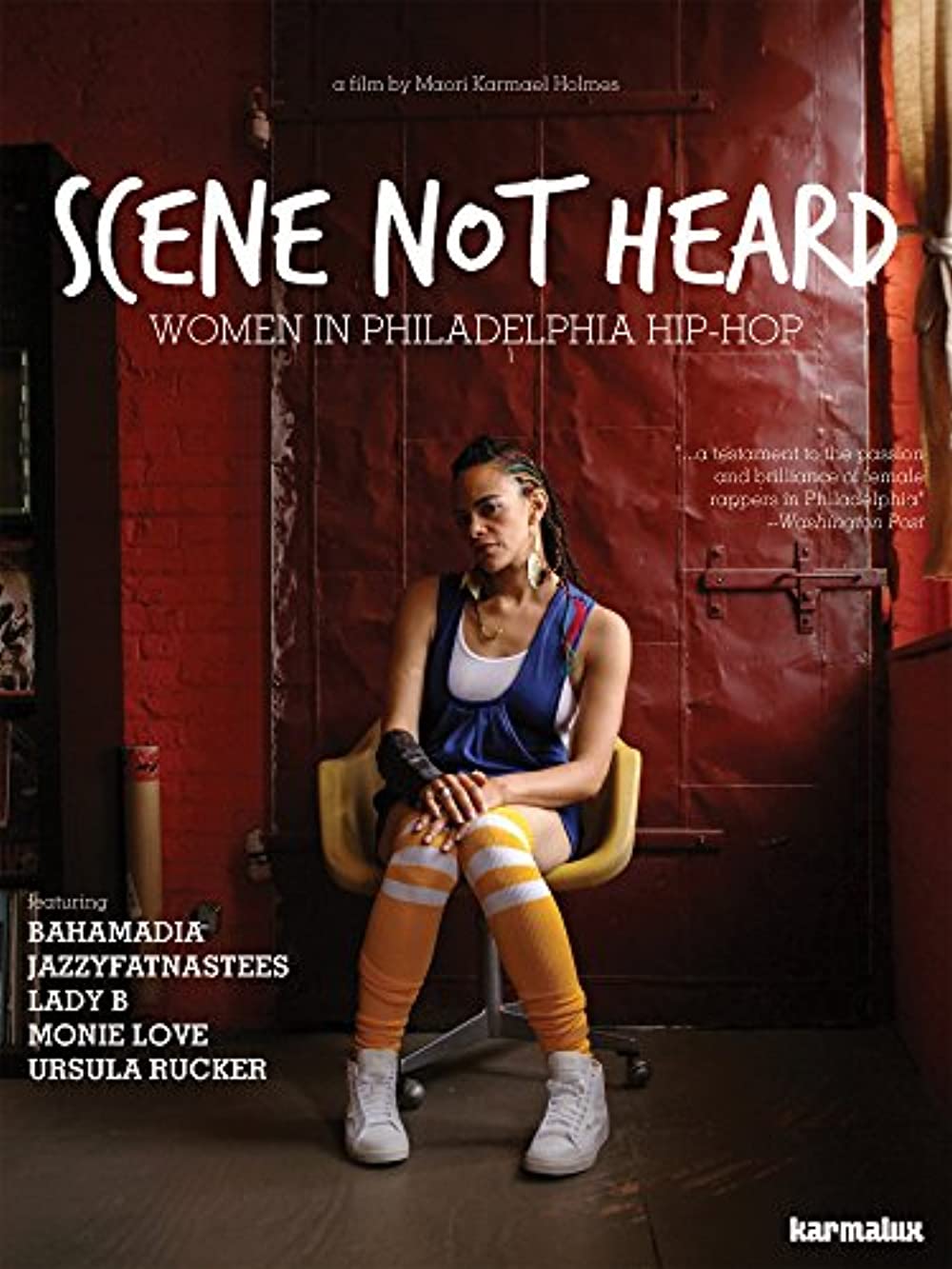 Scene Not Heard
Maori Karmael Holmes
2005
Color
45 minutes
US
English
Trailer and More
-  Watch Trailer
Photos
Press Packet
Scene Not Heard
Right from the beginning of the hip hop movement, Philadelphia's artists have made major contributions as emcees, grafitti artists, dancers, and especially as deejays. Native talents such as Will Smith, The Roots and Eve have made great strides domestically and internationally. But somehow Philly still doesn't get the kind of props that L.A. or even Atlanta does, despite its unique proliferation of women emcees, vocalists, poets and deejays. Scene Not Heard seeks to tell the story of these women--the legends and the ingenues--as they struggle to succeed in a male-dominated industry.

“Scene Not Heard” features interviews with pioneer hip hop artists Lady B, Schoolly D, Rennie Harris, Bahamadia and Ursula Rucker, as well as emerging talents such as Versus, Keen of Subliminal Orphans and Michele Byrd-McPhee of Montazh, intercut with scholars, critics and local promoters.