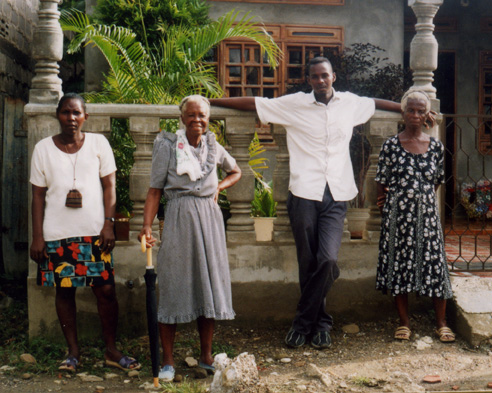 An Empty House Falls
Marta Rodríguez and Fernando Restrepo
2004
Color
52 minutes
Colombia
Spanish
English subtitles
Trailer and More
-  Watch Trailer
Photos
An Empty House Falls
In the violent and complex conflict that has racked Colombia, the most vulnerable are always the most affected. The URABÁ TRILOGY presents the stories of Afrocolombian peasants displaced from their land in the armed conflict between the national army, Colombian guerillas, and the right-wing paramilitary in the isolated province of the Chocó.

Marta Palma is just one of the countless refugees left homeless and profoundly traumatized by Colombia’s 50-year long civil war. Together with her children, Marta watched helplessly as her husband died of bullet wounds inflicted by guerrillas. Marta and her children flee their village and attempt to reconstruct a life in the town of Turbo, where family and friends help them get back on their feet. At the age of 45, Marta becomes ill and dies. Is it the trauma, heartache, or senseless violence that surrounds her that lead to her illness? With heart-wrenching interviews, black and white photographs, and footage of aftermath of a guerilla massacre, AN EMPTY HOUSE FALLS makes real the hardship endured by the victims of Colombia’s complex war.