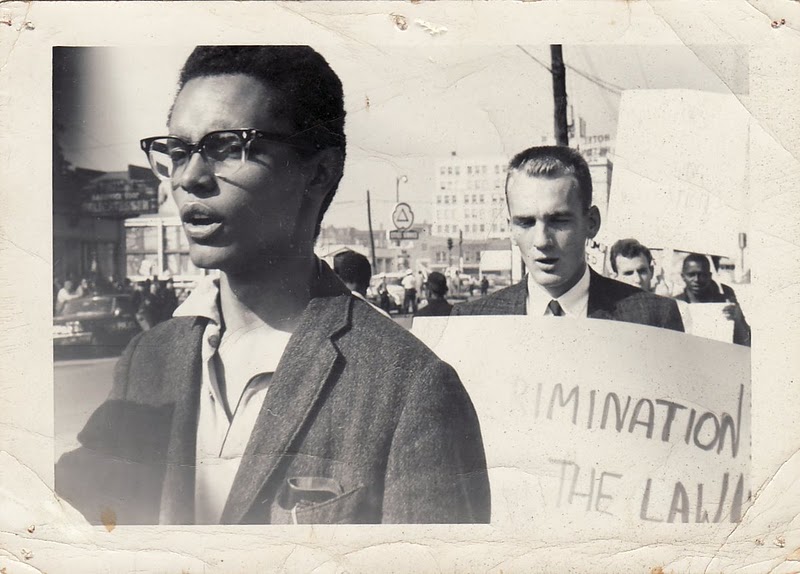 This documentary interweaves archival footage and photos with contemporary interviews to illuminate events surrounding the pivotal Massachusetts state constitutional convention on same sex marriage. At the center of our story is Massachusetts Representative Byron Rushing, a veteran of the Civil Rights Movement who took the campaign for same sex marriage into African American communities. He directly challenged many religious leaders, and advocated for same sex marriage as a Civil Rights issue on par with the liberation movements of the 1950s and 1960s. Rushing, a heterosexual man of strong faith, has spent a lifetime championing the causes of the underserved, overlooked and oppressed.

MARRIAGE EQUALITY, a project of award-winning filmmaker Thomas Allen Harris, was commissioned by Tribeca Film Institute’s ‘All Access’ Program in collaboration with the Nelson Mandela Foundation.

"As a long time crusader for civil rights, Rushing not only lent the movement for marriage equality necessary clout but also debunked the pervasive notion that the African American community is overwhelmingly homophobic... Marriage Equality is an important historical archive that acquaints the viewer with the debate around marriage and the Black community, framing marriage equality as a civil rights issue." - Stefanie K. Dunning, Films for the Feminist Classroom
"Thomas Allen Harris's documentary offers a brief profile of Byron Rushing, a Massachusetts state representative who played a prominent role in the campaign to legalize same-sex marriage. Rushing, an African American heterosexual with no previous history of advocating for gay rights issues, responded to constituents' concerns, linking their efforts with the civil rights struggles of the 1950s and '60s. Rushing is a charismatic presence with an interesting life story. This well-made short serves up a fine overview of a fascinating figure in the ongoing struggle for social equality. Recommended." - P. Hall, Video Librarian
"This documentary will spark a lot of discussion about race and gender as cultural concepts and institutions and, more so, about alliances between different kinds of oppressed minorities struggling for their constitutionally-guaranteed rights in a country where, too often, it is not the Constitution but some other document or ideology that defines our common rights and our common humanity. Suitable for high school classes and college courses in cultural anthropology, anthropology of sex/gender, political anthropology, anthropology of race/diversity, and American studies, as well as general audiences." - Jack David Eller, Anthropology Review Database