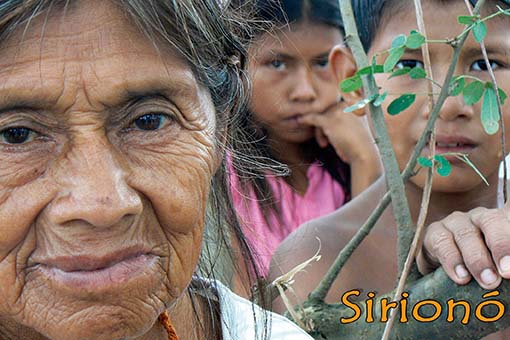 Sirionó
CEFREC/CAIB
Producer: CEFREC/CAIB
2010
Color
56 minutes
Bolivia
Ibiato
English subtitles
Photos
Sirionó
In the years leading to the historic 1990 March for Indigenous Land and Dignity, the Sirionó community of Ibiato resists the imposition of a Eurocentric educational system that devalues their way of life and the Ibiato language.

"A fictional account of the Sirionó community of Ibiato, just before the historic 1990 March for Land and Dignity to the nation’s capital. A revolutionary guerilla fleeing from the dictatorship’s military forces is mistakenly accepted as the teacher the community has been expecting." - Nativenetworks.com
“Video becomes a crucial technology for the reinvention of indigenous cultures, directed against the effects of the long-standing discrimination of indigenous people, languages, medicinal practices, as well as their social and economic relations.” - Freya Schiwy, Decolonizing the Frame: Indigenous Video in the Andes