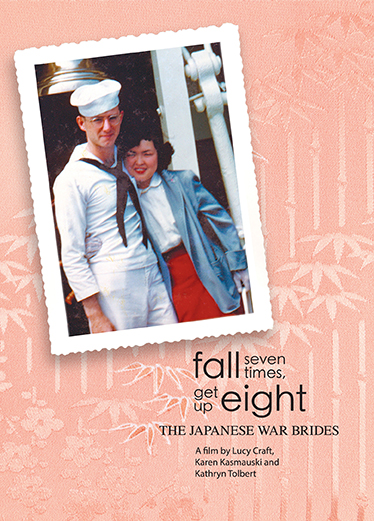 Despite lingering wartime enmity, nearly 50,000 Japanese war brides moved to the United States, becoming part of one of the largest waves of Japanese immigration to the country. They began new lives in difficult circumstances, scattered across the country in places where they were often the first Japanese ever seen. Living in mostly rural, isolated communities across the nation, the women were left largely to their own devices as they tried to navigate a racially segregated American society. Even for those whose choice of spouse proved to be a tragic mistake, there was no turning back. Many in Japan viewed them as social outcasts and even today the words “war bride” in Japanese carry such a stigma that people don’t like to say them.

Directors Lucy Craft, Karen Kasmauski, and Kathryn Tolbert tell the stories of their respective mothers as journalists, but also as the mixed-race children who experienced firsthand their own mothers’ struggles. Drawing on personal anecdotes, family photographs and archival footage, FALL SEVEN TIMES, GET UP EIGHT paints an intimate portrait of the Japanese war brides saga and helps bring to life this often forgotten episode in American and Japanese history.