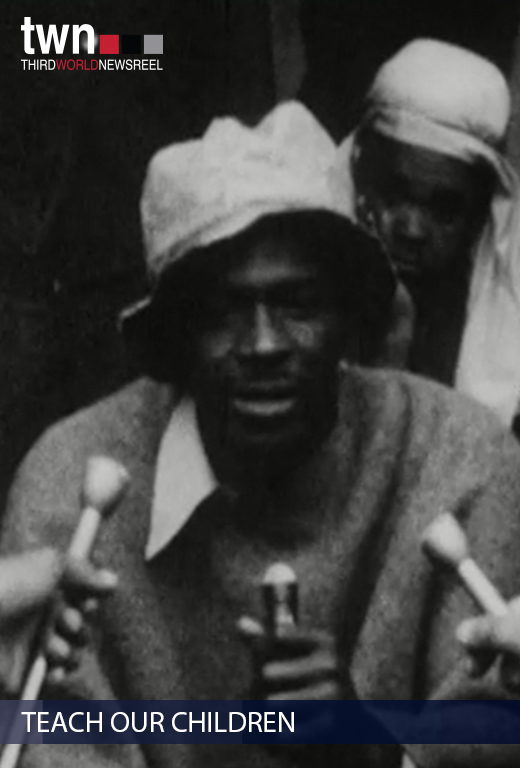 Teach Our Children
Christine Choy & Susan Robeson
Producer: Third World Newsreel
1972
BW
35 minutes
US
English/Spanish
English
Trailer and More
-  Watch Trailer
Teach Our Children
This film focuses on the historic 1971 Attica prison rebellion in upstate New York. It targets the conditions that caused prisoners to take drastic steps toward securing their basic rights. The film questions the reactions of prison warden Oswald, New York governor Nelson Rockefeller and President Nixon, as well as the death of 31 inmates and prison guards from bullets fired by the National Guard. Through on-site footage taken during and following the rebellion, and follow-up interviews with inmates, this film relates a powerful message concerning prisoner's rights and provides an important historical document. A Third World Newsreel production.

TEACH OUR CHILDREN was preserved thanks to the efforts of UC Berkeley Art Museum and Pacific Film Archive, MIAP alumna Pamela Jean Smith and Cinemalab. This preserved version is now available for public screening and educational purchases on DVD and BluRay formats.
"Technique for us is secondary. The people themselves have a rich life experience, a knowledge of history and their culture and community organization. And these people are far more qualified to make films than people who have learned their skills in a school."

"A landmark film... TEACH OUR CHILDREN was the first Third World Newsreel effort, in 1972, after the self-identified Third World members took the filmmaking collective back from the white New Leftists who had dominated it. It’s rough around the edges, but a powerful analysis of the interlocking systems of oppression that kept (and keep) people of color subjugated in the United States despite the nation’s self-congratulatory exclamations of equality... A useful teaching tool on so many levels—including as an embodiment of the “internal colony” thesis that marked much Black Power thought of the era (and continues to resonate today). With Christine Choy and Susan Robeson as the primary directors, it not only moves beyond the often white-oriented narratives of the old Newsreel, but also foregrounds women’s voices and forms of resistance." - Prof. Whitney Strub, Rutgers Univ Newark, Strublog: Everything is Archival
"The work of veteran filmmaker Christine Choy has often been concerned with revising our commonly and uncritically held views, most often with hard-hitting footage that simply marvels." - All Movie Guide
"TEACH OUR CHILDREN (1974) captures the abolitionist spirit of the Attica Prison Rebellion; FROM SPIKES TO SPINDLES (1976) gives voice to Chinatown labor organizing around sweatshops and gentrification; BITTERSWEET SURVIVAL (1982) and HOMES APART: KOREA (1991) the destructive legacy of American empire and militarism in Vietnam and South Korea. These films interrogate the legacies of incarceration and imperialism that all Americans inherit; rather than assimilation, these films point us to the necessary abolition of prisons and military bases. Choy’s lens never loses sight of what is human and universal, whether it is the loss of a loved one or searching for home—but these things are never subordinated to the political, nor can they be thought of outside of a political context. In this way, Choy’s films are a valuable lesson in how to think productively about identity and politics today." - Peter Kim George, Sentient Bulletin